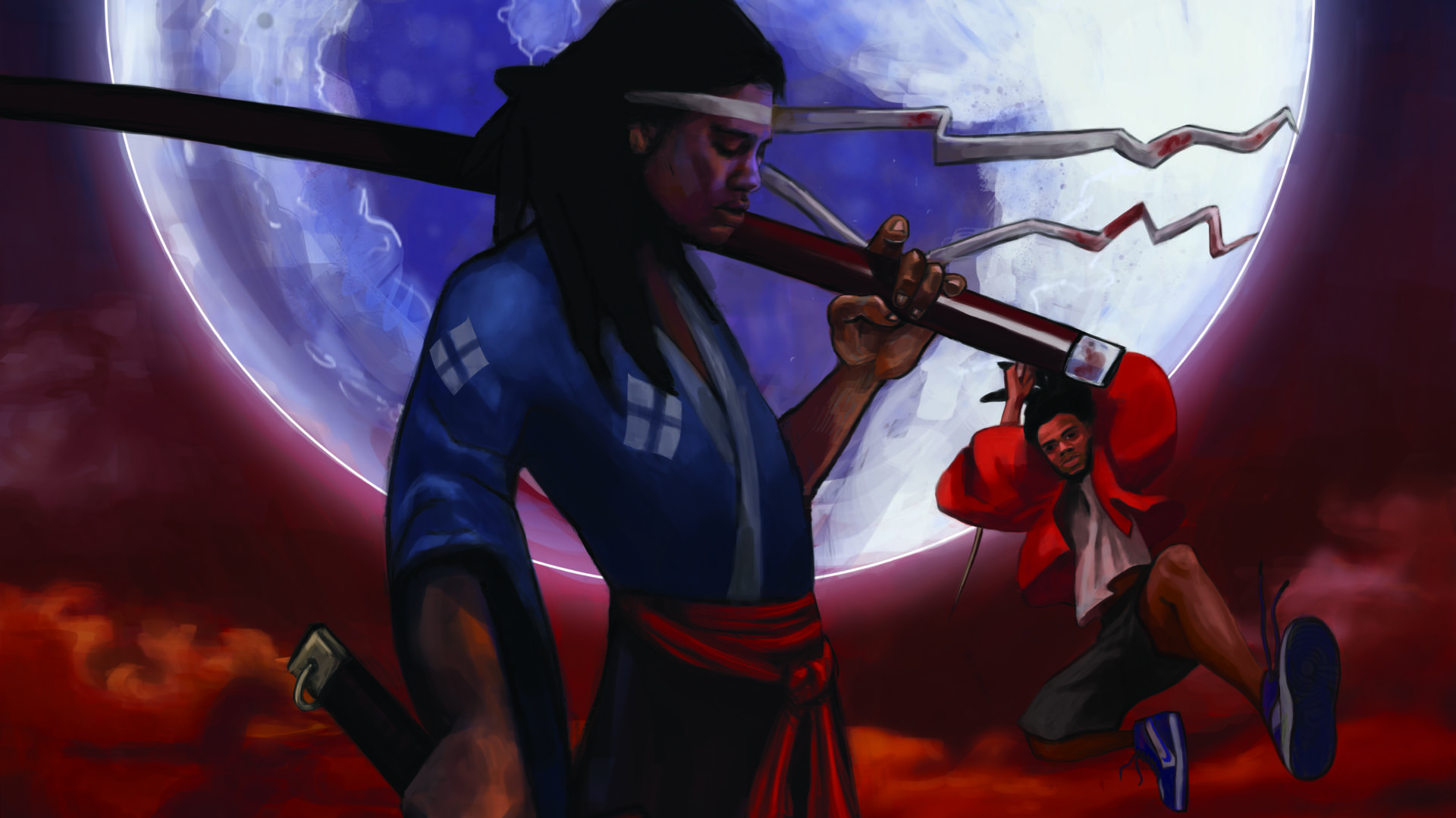 As I open this book and then burn up some of this reefer
My plan is to figure out the world and escape all my demons
I’m dying inside,I wonder if Zion inside the heavens

And I want everybody to view my autopsy
So you can see exactly where the government had shot me
No conspiracy, my fate is inevitable
They play musical chairs once I’m on that pedestal
Frightening, so fucking frightening
Enough to drive a man insane, a woman insane
The reason Lauryn Hill don’t sing,or Kurt Cobain
Loaded that clip and then said bang, the drama it bring is crazy
Product of the late 80’s
Tryna stay above water, that’s why we shun the navy
Pull your guns and play me, let’s set it off
Cause a riot, throw a Molotov, somebody told me them pirates had got lost
Cause we been off them slave ships
Got our own pyramids, write our own hieroglyphs

Mothafuck the government, mothafuck the system
Mothafuck you, I’m just living how I am living
Hiiipower, that’s a nigga religion
’til Jesus come back and he tell me something different

Tell me somethin’
You mothafuckas can’t tell me nothin’
I’d rather die than to listen to you
My DNA not for imitation
Your DNA an abomination
This how it is when you’re in the Matrix
Dodgin’ bullets, reapin’ what you sow
And stackin’ up the footage, livin’ on the go

Interviews wanna know my thoughts and opinions
Fox News wanna use my name for percentage
My latest muse is my niece, she’s worth livin’
See me on the TV and scream, “That’s Uncle Kendrick”
Yeah, that’s the business
Somebody tell Geraldo this nigga got some ambition
I’m not a politician, I’m not ’bout a religion
I’m a Israelite, don’t call me Black no mo’
That word is only a color, it ain’t facts no mo’
My cousin called, my cousin Carl Duckworth
Said, “Know my worth”
And Deuteronomy say that we all been cursed
I know he walks the Earth

Kung Fu Kenny, now
My resume is real enough for two millenniums
A better way to make a wave, stop defendin’ them
I meditate and moderate all of my wins again
I’m hangin’ on the fence again
I’m always on your mind
I put my lyric and my lifeline on the line
And ain’t no limit when I might shine, might grind
You rollin’ with it at the right time, right now
(Only for the dollar sign)

Hell-raising, wheel-chasing, new worldy possessions
Flesh-making, spirit-breaking, which one would you lessen?
The better part, the human heart
You love ’em or dissect ’em
Happiness or flashiness? How do you serve the question?
See, in the perfect world, I would be perfect, world
I don’t trust people enough beyond they surface, world
I don’t love people enough to put my faith in man
I put my faith in these lyrics hoping I make amend
I understand I ain’t perfect
I probably won’t come around
This time, I might put you down
Last time, I ain’t give a fuck, I still feel the same now
My feelings might go numb, you’re dealing with cold thumb
I’m willing to give up a leg and arm and show empathy from
Pity parties and functions and you and yours
A perfect world, you probably live another 24
I can’t fake humble just ’cause your ass is insecure

We all woke up, tryna tune to the daily news
Lookin’ for confirmation, hopin’ election wasn’t true
All of us worried, all of us buried, and the feeling’s deep
None of us married to his proposal, make us feel cheap
Stealed and sad, distraught and mad, tell the neighbor ’bout it
Think they agree, parade the streets with your voice proudly
Time passin’, things change
Revertin’ back to our daily programs
Stuck in our ways, lust

Hail Mary, Jesus and Joseph
The great American flag
Is wrapped and dragged with explosives
Compulsive disorder, sons and daughters
Barricaded blocks and borders
Look what you taught us
It’s murder on my street, w’all street, back streets
Wall street, corporate offices, banks
Employees and bosses with homicidal thoughts
Donald Trump’s in office, we lost Barack
And promised to never doubt him again
But is America honest or do we bask in sin?
Pass the gin, I mix it with American blood
Then bash him in, you crippin’ or you married to blood?
I’ll ask again—oops—accident
It’s nasty when you set us up
Then roll the dice, then bet us up
You overnight the big rifles, then tell Fox to be scared of us
Gang members or terrorists, et cetera, et cetera
Americas reflections of me
That’s what a mirror does

When I was 27, I grew accustomed to more fear
Accumulated 10 times over throughout the years
My newfound life made all of me magnified
How many accolades do I need to block denial?
The shock value of my success put bolts in me
All this money, is God playin’ a joke on me?
Is it for the moment and will he see me as Job?
Take it from me and leave me worse than I was before?
At 27, my biggest fear was losin’ it all
Scared to spend money, had me sleepin’ from hall to hall
Scared to go back to Section 8 with my mama stressin’
30 shows a month and I still won’t buy me no Lexus
What is an advisor somebody that’s holdin’ my checks?
Just to fuck me over and put my finances in debt?
I read a case about Rihanna’s accountant and wondered
How did the bad girl feel when she looked at them numbers?
The type of shit’ll make me flip out
And just kill somethin’, drill somethin’
Get ill and fill ratchets with a lil’ somethin’
I practiced runnin’ from fear, guess I had some good luck
At 27 years old, my biggest fear was bein’ judged
How they look at me reflect on myself, my family, my city
What they say ’bout me reveal
If my reputation would miss me
What they see from me
Would trickle down generations in time
What they hear from me
Would make ’em highlight my simplest lines

Pay attention, that one decision changed both of they lives
One curse at a time, reverse the manifest
And good karma and I’ll tell you why
You take two strangers
And put ’em in random predicaments
Give ’em a soul so they can
Make their own choices and live with it
Twenty years later them same strangers
You make ’em meet again
Inside recording studios where they reaping their benefits
Then you start reminding ’bout that chicken incident
Whoever thought the greatest rapper
Would be from coincidence
Because if Anthony killed Ducky
Top Dawg could be servin’ life
While I grew up without a father and die in a gunfight

Nothing more influential than rap music
I merge jazz fusion with the trap music
I mix black soul with some rock and roll
They never box me in, I’m David Blaine-ing all you hoes
Oh yea, let’s go there, my DNA is DMT, I’m so rare