Third Eye Rap is a platform for people who are not just looking for dope hip-hop with great beats and flows, but for people who seek mind-expanding, inspiring lyrics and content. 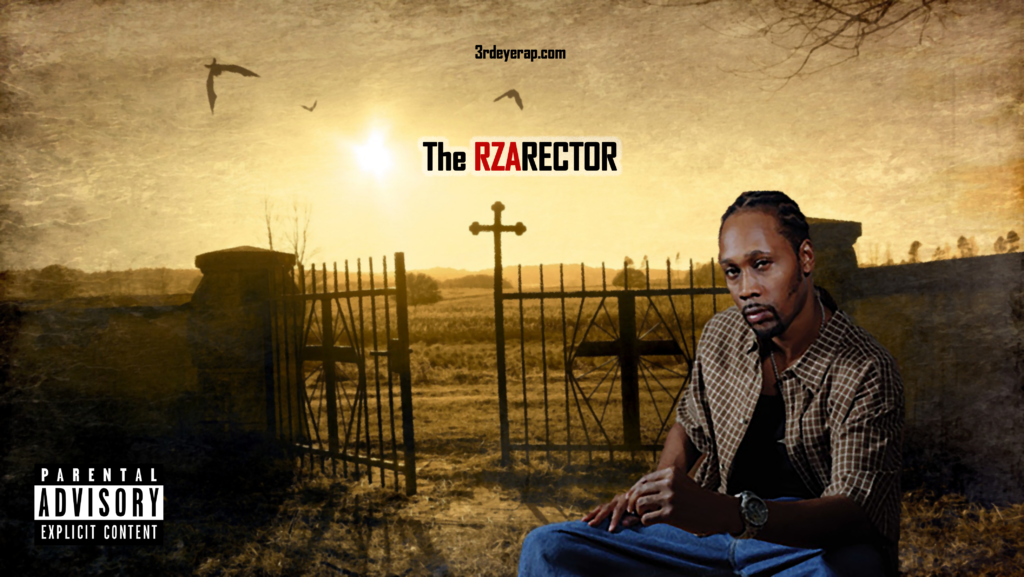 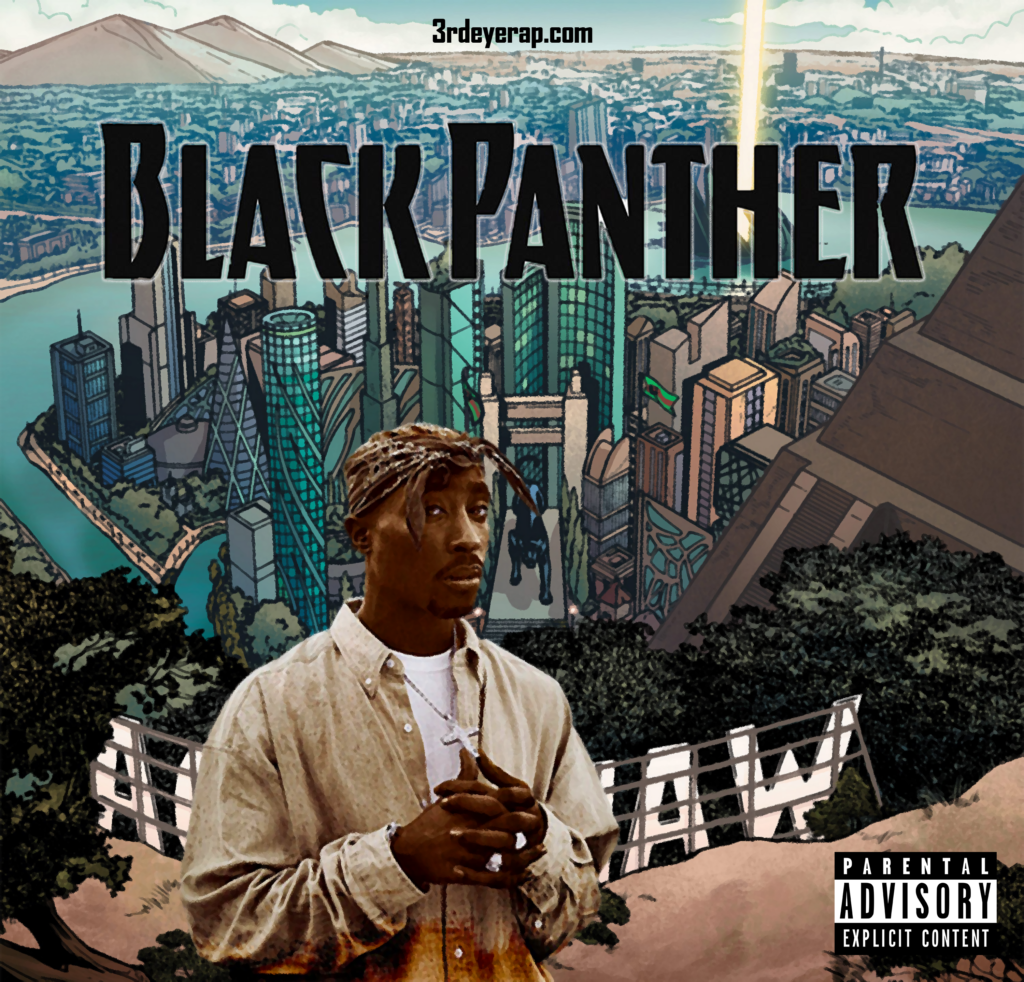 Compilation of 2Pac songs that represent what the Black Panthers stood for. https://www.youtube.com/watch?v=RMZRFrIMuG0 Tracklist: 1. Words of Wisdom (0:00) 2....
Read More 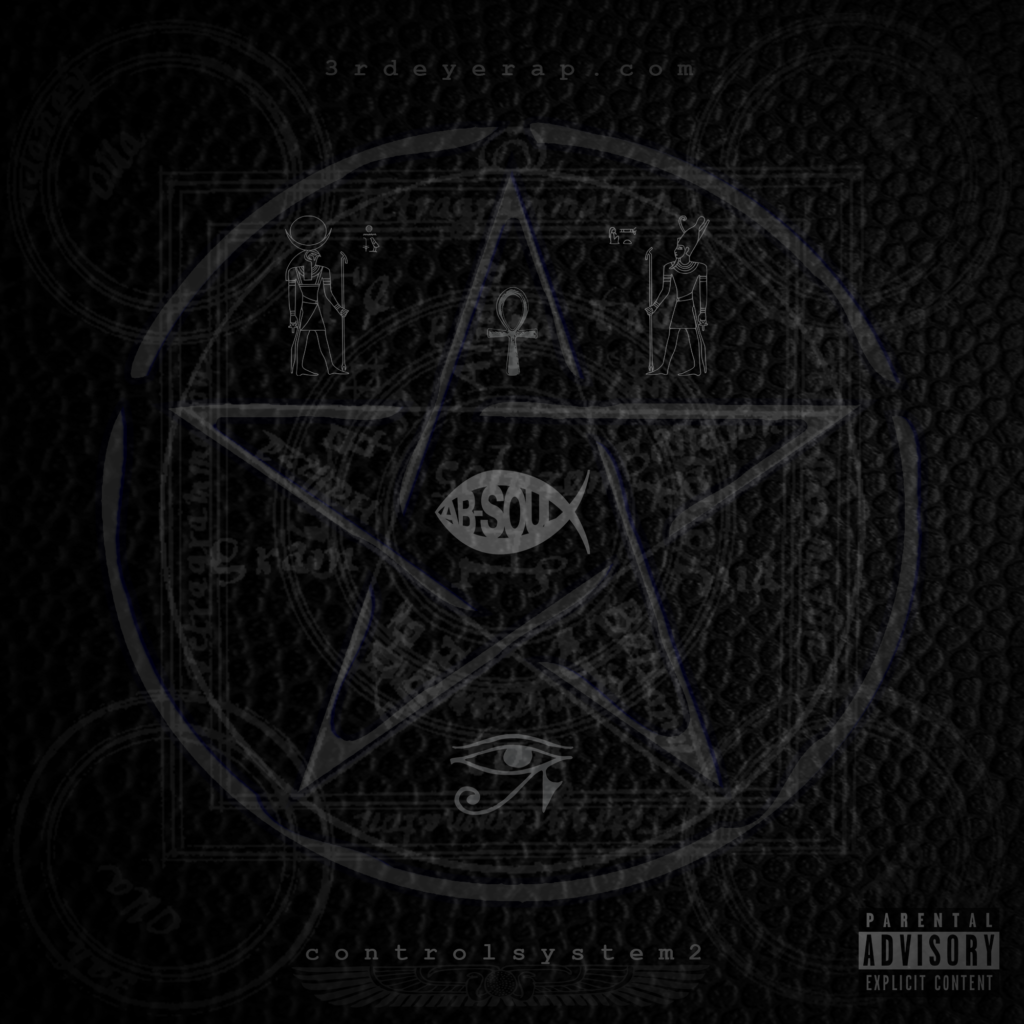 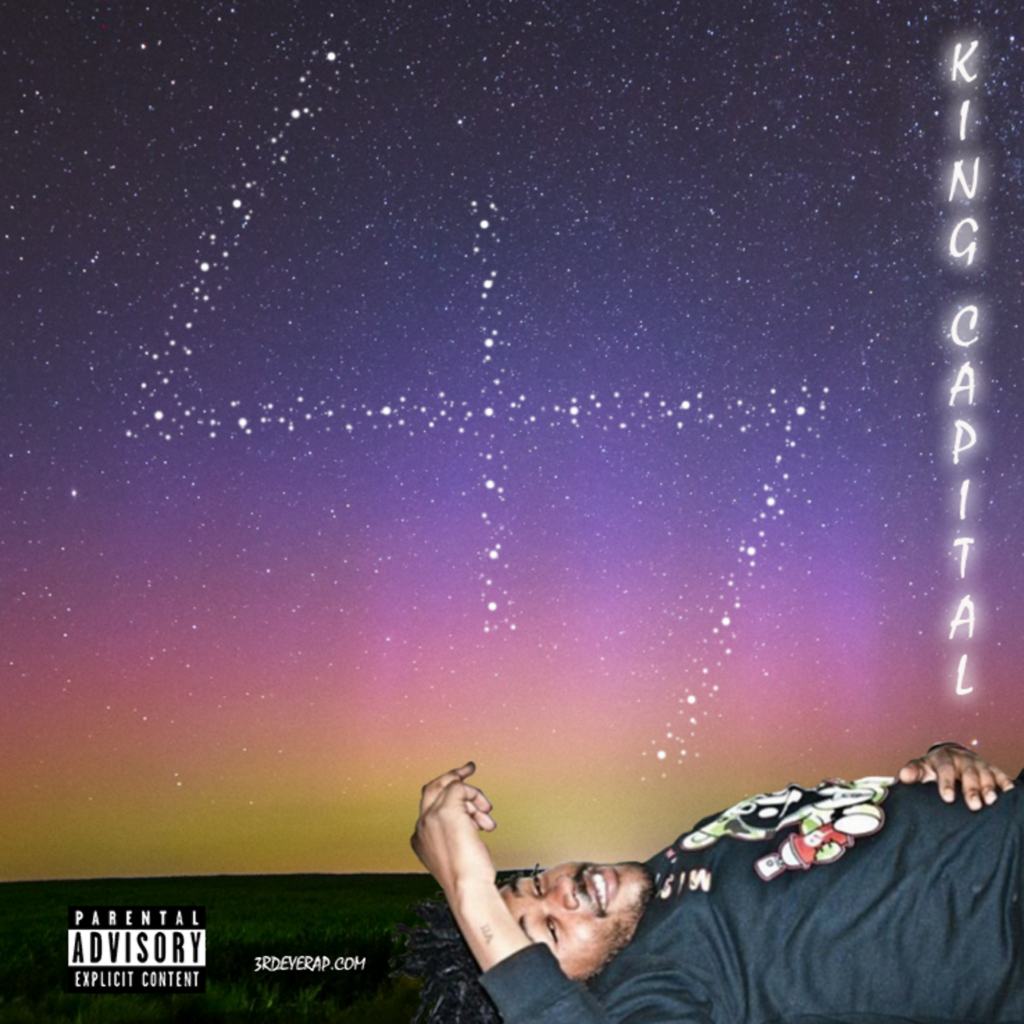 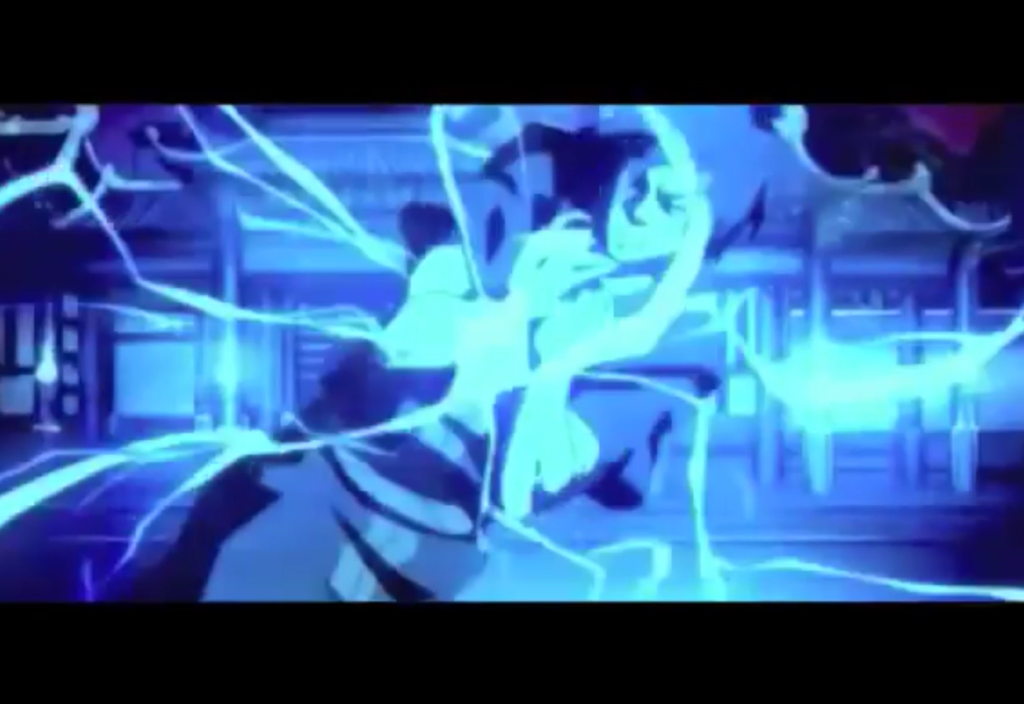 Anime Music Video I made for Daylyt’s song “Why” (off The Key Maker) https://www.youtube.com/watch?v=uNwiaWh7UCU&feature=youtu.be
Read More 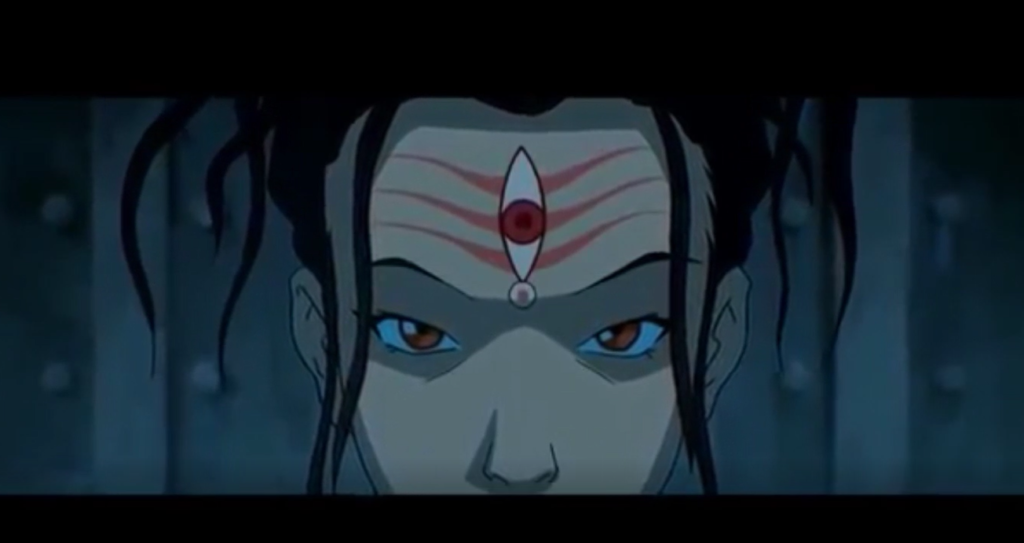 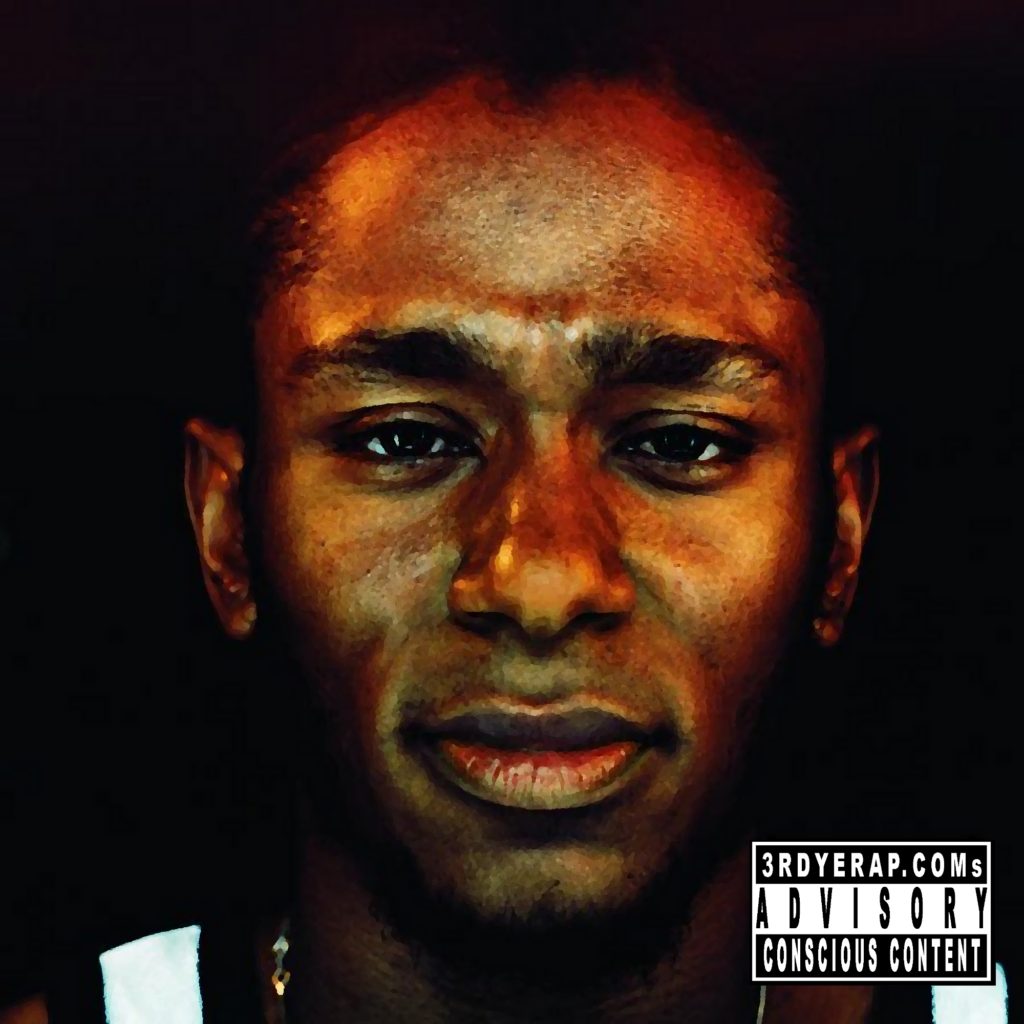 Black on Both Sides 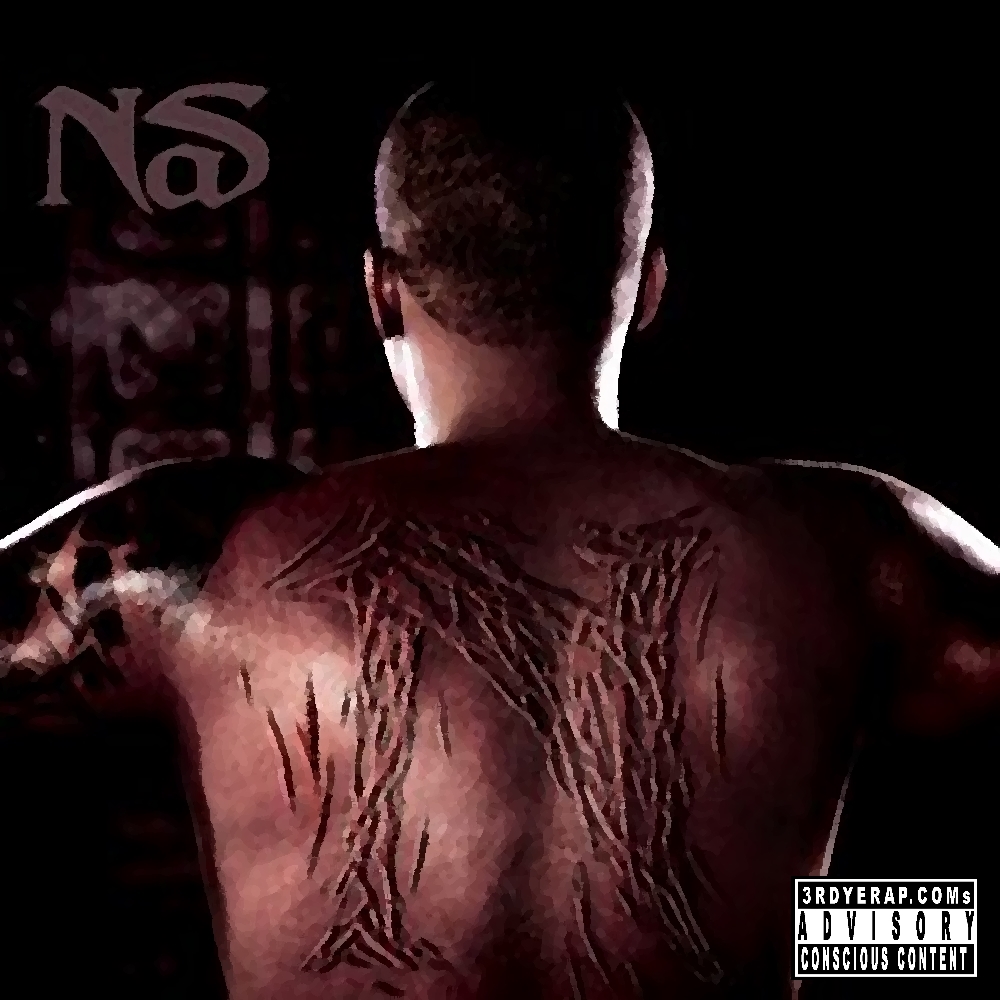 One of Nas' best yet most overlooked albums. Was supposed to have the title Nigger but was eventually changed. Nas' most outspoken...
Read More 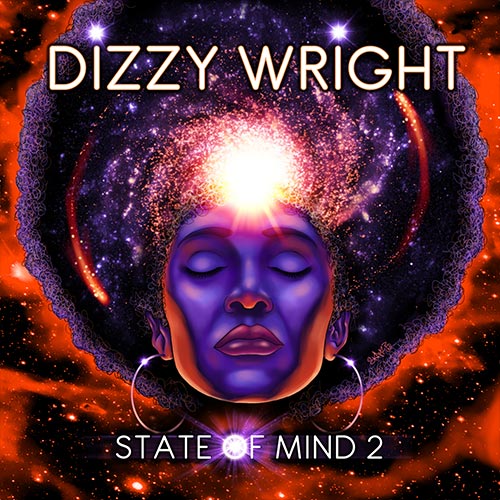 New album by Dizzy Wright. Sequel to his State of Mind EP. Dropped as a surprise, without any promotion, Dizzy said this...
Read More 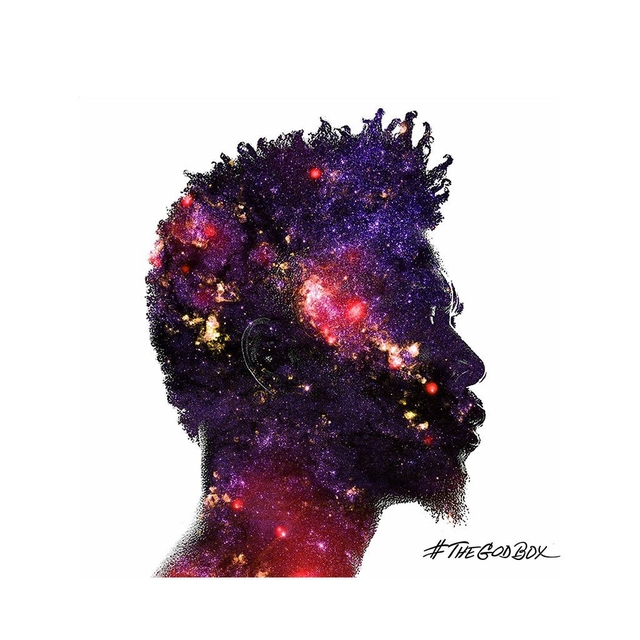 I'm late on this one but yall gotta check this album out if you missed the drop like me. David...
Read More 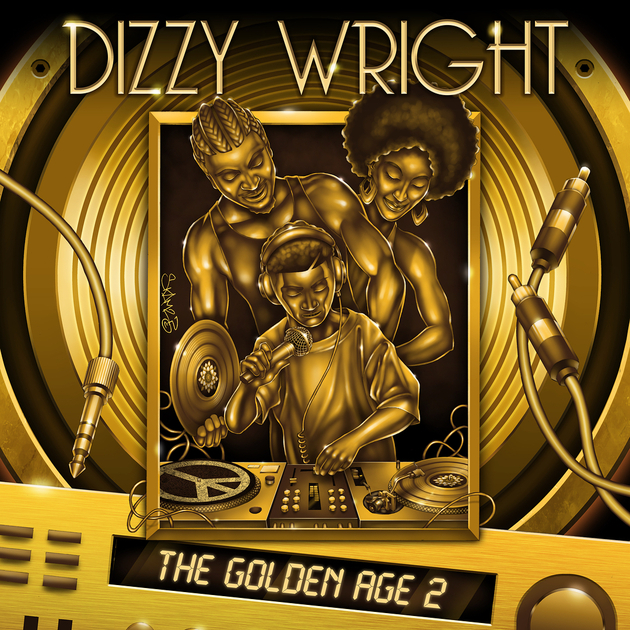 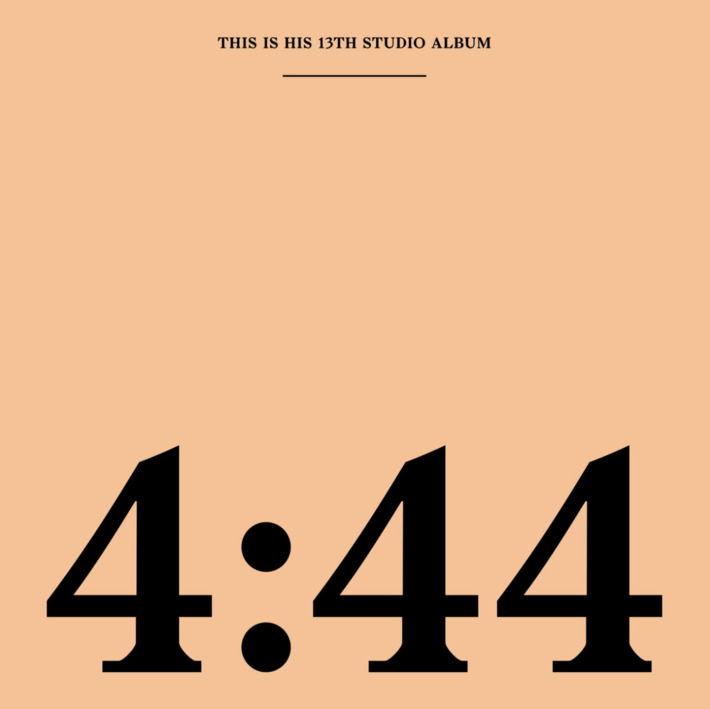 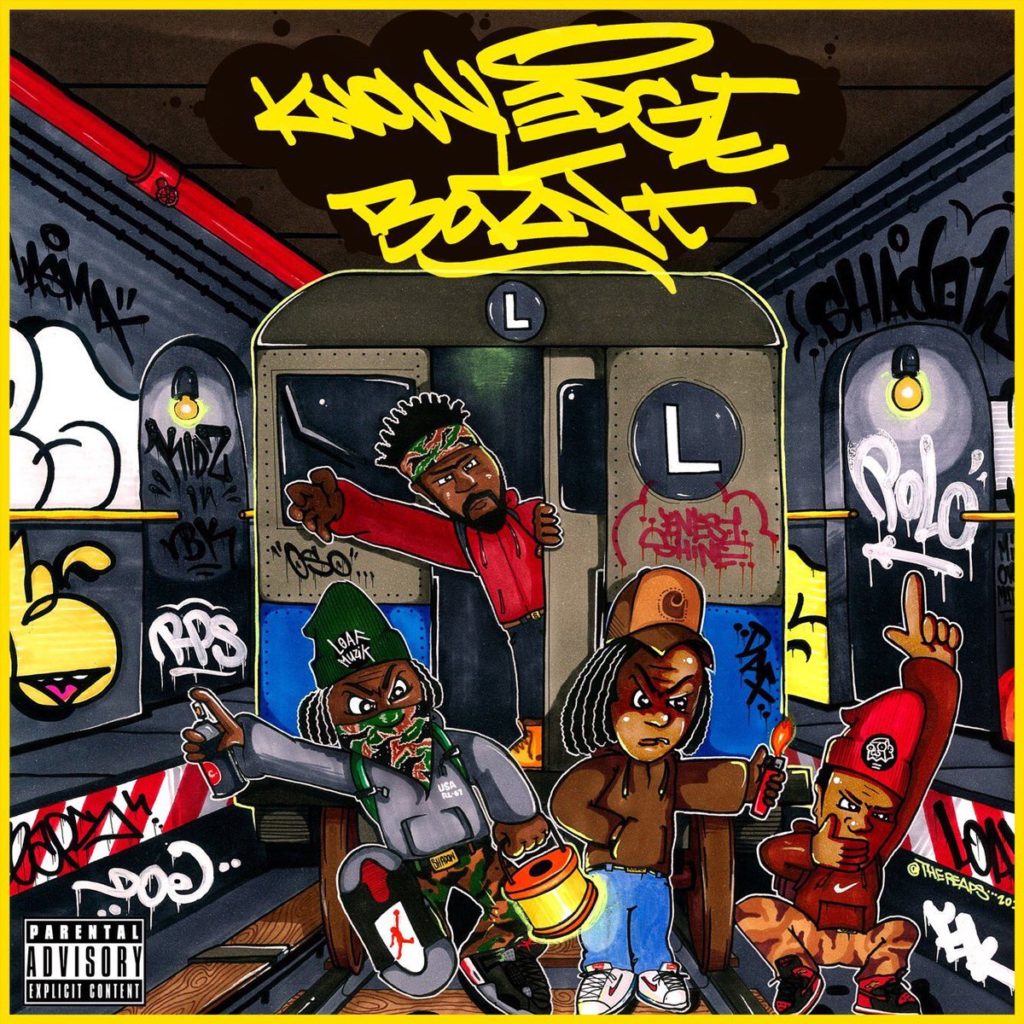 Get to know Loaf Muzik with their second album Knowledge Born after their first amazing vintage hiphop project Live From The Dungeon. If...
Read More 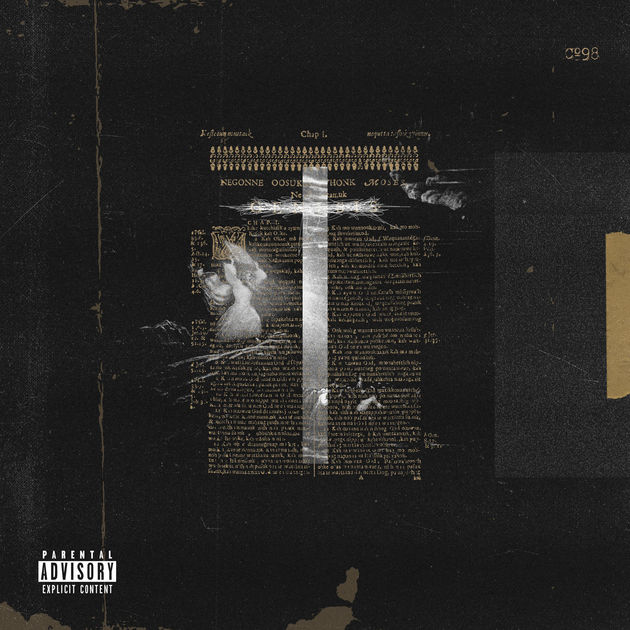 Let There B Lyt 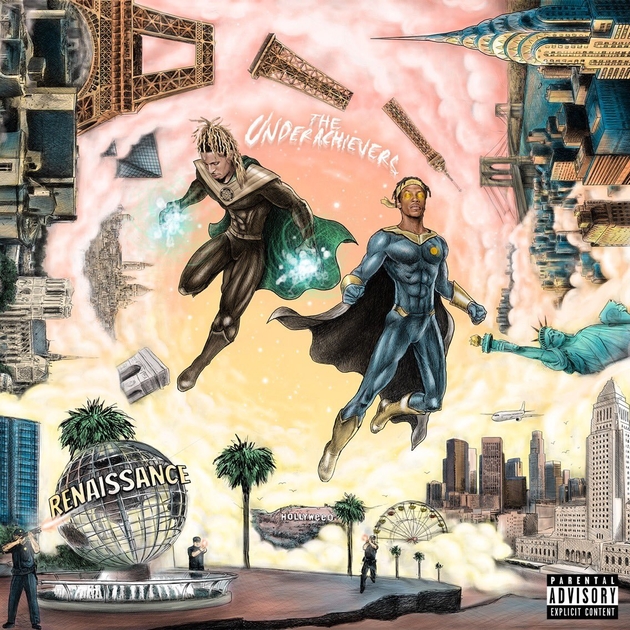 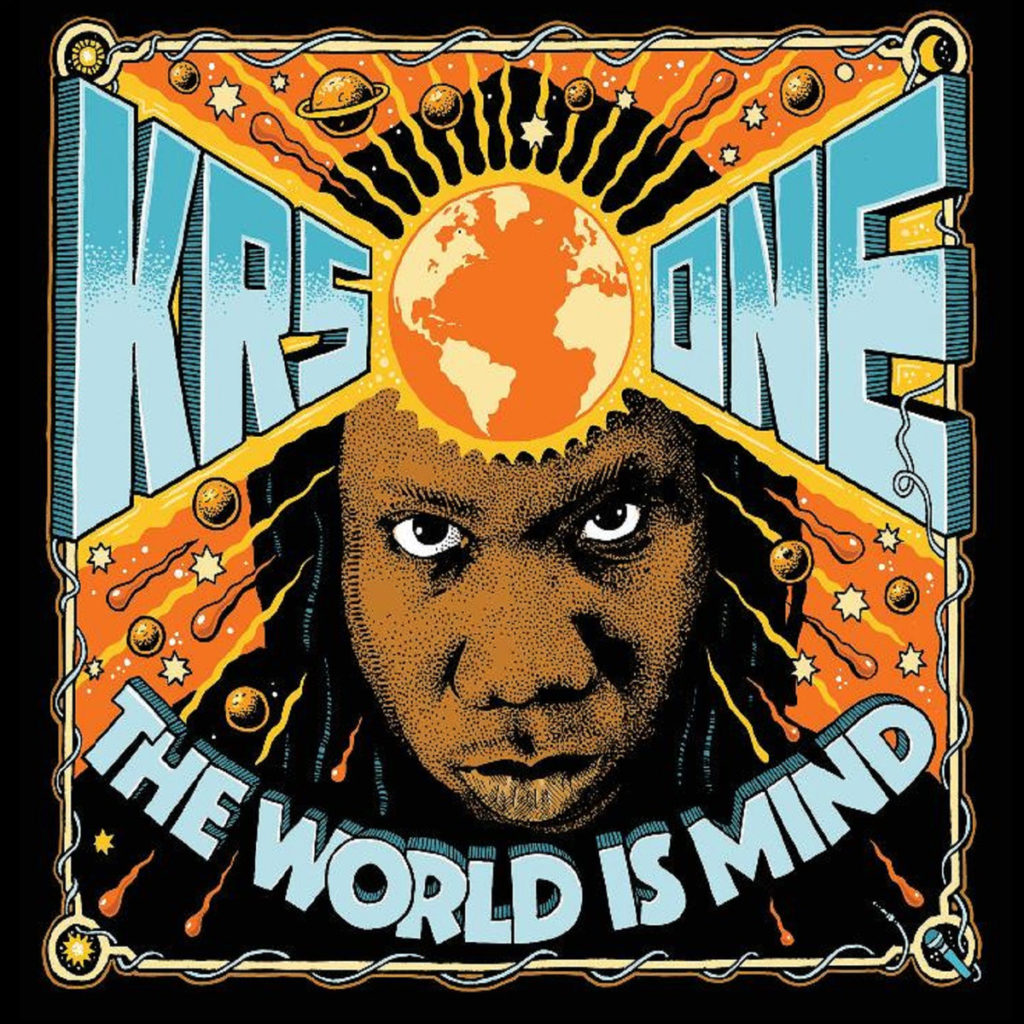 The World is Mind 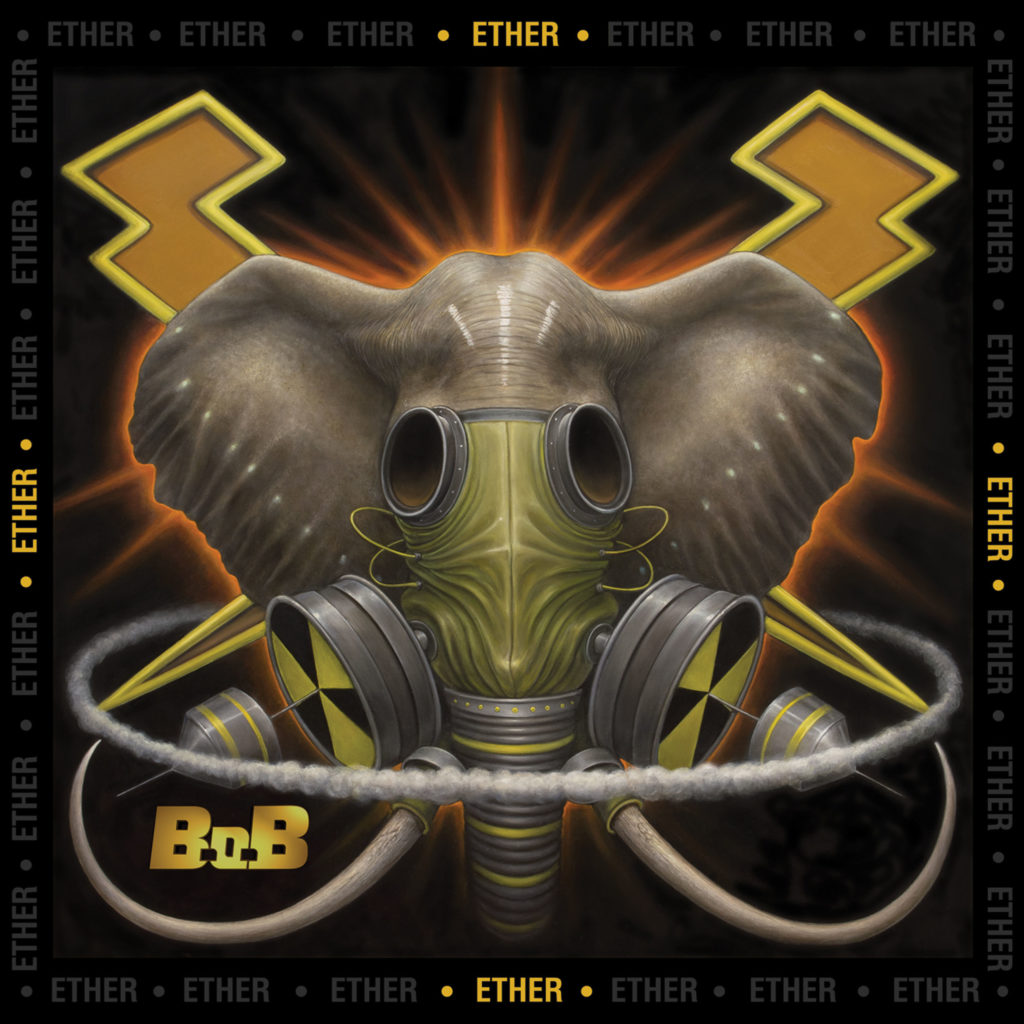 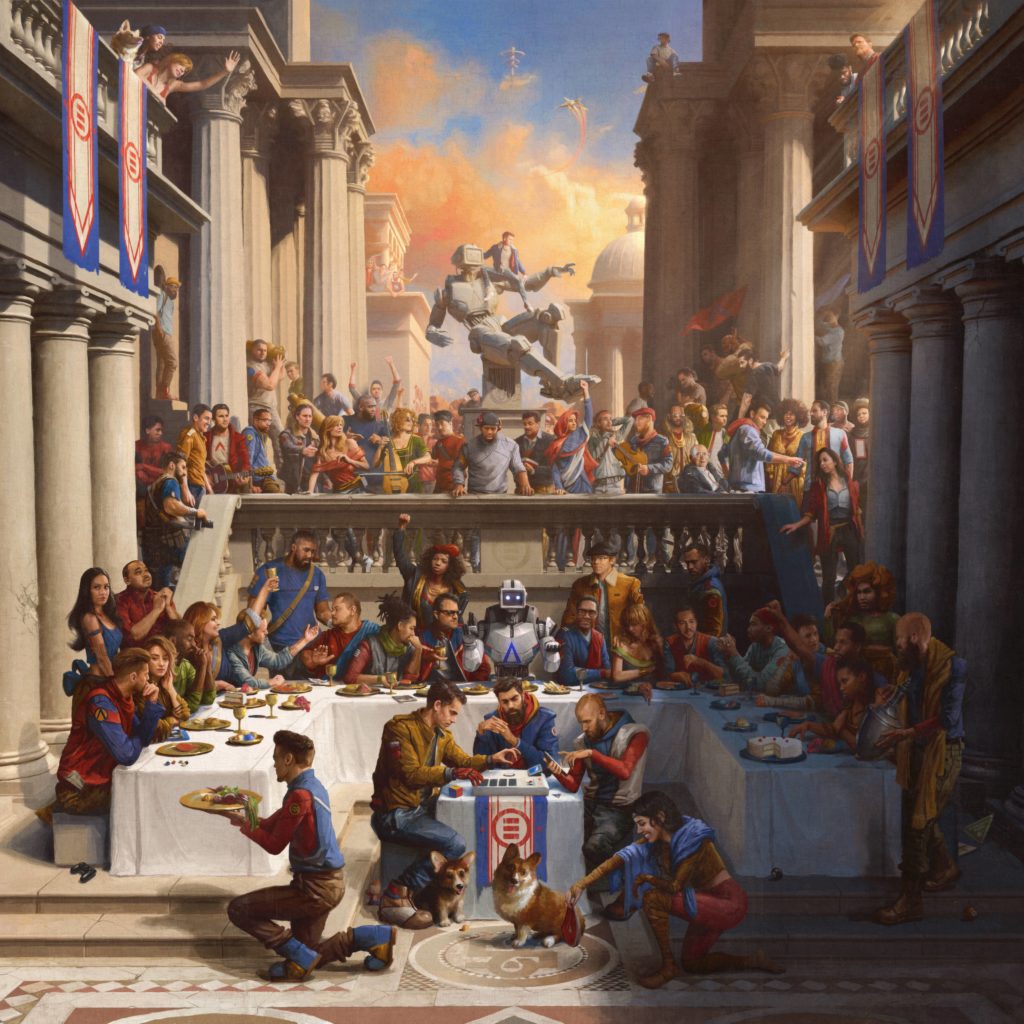 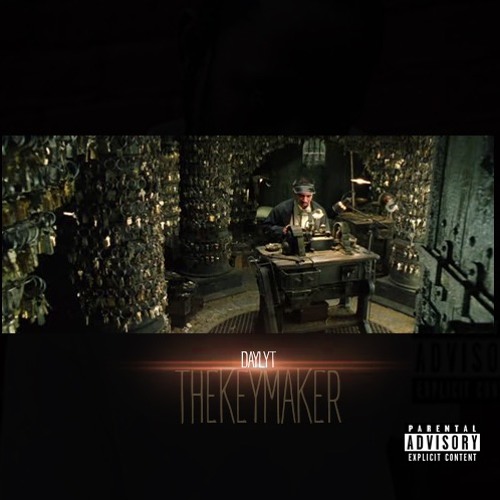 I’ve always noticed that music is a powerful tool. Music can touch you and trigger emotions and feelings in a way nothing else can. Depending on what and who you listen to, it can make you feel happy and fulfilled, it can teach you new things, it can make you cry at times, and it can also make you feel sad or even depressed. Music is a very important part of most people’s lives and it will impact your life in the way you choose to use it. If you’re constantly listening to sad songs, the negative vibe can manifest in your subconscious mind. Same thing with positive songs with uplifting messages, you will become what you consume. I’m not saying that you shouldn’t listen to some sad songs every once in a while, because a balance in everything is important, but if you find yourself having a negative mindset or being depressed for no obvious reason, think about switching up what you consume. I’m not trying to tell you how to use music for yourself, I’m just trying to make you aware that the way that you use music can have a bigger impact on your life than you might think. I started to recognize that music might be one of the easiest ways to reprogram your subconscious mind, because it’s also a very enjoyable process. Doesn’t everybody just love to kick back and listen to some good music from time to time?

Artists rapping about the third eye and other chakras, consciousness and spirituality are often hard to be found. A few years ago, the Beastcoast movement brought conscious third eye rap to the forefront of hiphop. The shift was inevitable. Instantly many people took notice and became fans of the Beastcoast movement. But apart from those NYC MC’s, most conscious and spiritual rap like this is still buried in the underground and very hard to find. But there are several more enlightened rappers, indigo children or whatever you want to call them making meaningful music with a message right now and they’re waiting for you to discover them! Spiritual rap about the third eye, chakras and enlightenment isn’t just a new age thing neither, it has been around since the beginning days of hiphop. Here you will find all types of rappers telling their stories from a third eye vision, regardless of their era.

During my ascension, I started to raise my expectations on music and its lyrics. I wanted to raise my frequency by only listening to conscious music that makes me learn something new with every listen and fill my subconscious mind with positive thoughts and vibrations as opposed to the repetitive and negative lyrics of the mainstream that doesn’t serve me in any way at all. Because it was very hard to find this type of music in the beginning, I wanted to try to make Third Eye Rap accessible to the people who are looking for it. Let’s give the real artists the shine they deserve and help to shift this planet.

Third Eye Rap is for all people who want to reprogram their subconscious mind easily through music and vibrate on a higher frequency to grow consciously. Much love and light on your journey through life!

What is the third eye?

The third eye is the 6th chakra in the classic 7 chakra system and often referred to as the sixth sense. It is associated with the color indigo and it’s on your forehead between your eyes. The third eye can be developed and trained just like a muscle, to a point where you can see energy (e.g. auras) visually. Opening the third eye goes hand in hand with decalcifying the pineal gland. The pineal gland is a part of the brain that is calcified for most people, because of substances like fluoride. To decalcify the pineal gland, it is important to stay away from fluoride. Another important part in opening or activating the third eye is meditation. The third eye and pineal gland can be energized with visualization techniques, mantras or other exercises. An open third eye makes you see the world from a different perspective and lets you see through the illusions of the world. It’s a hard thing to explain, if you’re not familiar with the third eye yet, I’d advise you to do the research for yourself, because it’s exactly how Morpheus explained it in the famous pill scene in The Matrix, you can’t be told what it is, you have to see it for yourself:

Morpheus: At last. Welcome, Neo. As you no doubt have guessed, I am Morpheus.
Neo: It’s an honor to meet you.
Morpheus: No, the honor is mine. Please, come. Sit down. I imagine that right now you’re feeling a bit like Alice, tumbling down the rabbit hole? Hm?
Neo: You could say that.
Morpheus: I can see it in your eyes. You have the look of a man who accepts what he sees because he is expecting to wake up. Ironically, this is not far from the truth. Do you believe in fate, Neo?
Neo: No.
Morpheus: Why not?
Neo: Because I don’t like the idea that I’m not in control of my life.
Morpheus: I know exactly what you mean. Let me tell you why you’re here. You’re here because you know something. What you know you can’t explain. But you feel it. You’ve felt it your entire life. That there’s something wrong with the world. You don’t know what it is but it’s there, like a splinter in your mind driving you mad. It is this feeling that has brought you to me. Do you know what I’m talking about?
Neo: The Matrix?
Morpheus: Do you want to know what IT is? The Matrix is everywhere. It is all around us, even now in this very room. You can see it when you look out your window or when you turn on your television. You can feel it when you go to work, when you go to church, when you pay your taxes. It is the world that has been pulled over your eyes to blind you from the truth.
Neo: What truth?
Morpheus: That you are a slave, Neo. Like everyone else you were born into bondage, born into a prison that you cannot smell or taste or touch. A prison for your mind…. Unfortunately, no one can be told what the Matrix is. You have to see it for yourself. This is your last chance. After this there is no turning back. You take the blue pill, the story ends, you wake up in your bed and believe whatever you want to believe. You take the red pill, you stay in Wonderland, and I show you how deep the rabbit hole goes…. Remember, all I’m offering is the truth, nothing more….

What is the shift?

It’s a shift of global consciousness, moving towards a more intuitive, empathic and spiritual generation influenced by the precession of the equinox. Referred to as the 47 shift by Capital STEEZ and Pro Era. We are currently shifting from the age of pisces into the age of aquarius.

How can I help to improve this site?

You can help Third Eye Rap to grow by submitting quotes or suggesting new artists, preferrably along with song and project suggestions or links here or you can send me an email at suggestions@3rdeyerap.com. If you find incorrect quotes or something like that you can either comment or do it through the submit function too. You can also just add a whole new artist page through the add artist page.

What can I expect in the future?

There will be new artists, quotes, suggestions and other content added on a daily basis. To be updated you can subscribe to our newsletter. We will be opening a Third Eye Rap Forum for you to discuss spirituality, hiphop and everything else you wanna talk about with the Third Eye Rap community. We’ve got a Third Eye Rap App coming soon too. There will also be a site called 3rdeyemusic with spiritual artists of all genres in the future.

Donate if you got some money left over and want to support the movement: